Restore antique railroad cars that were in poor condition. 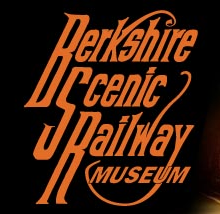 When Tom Delasco of the Berkshire Scenic Railway Museum needed a company for sandblasting and paint preparation of his 80-year-old railroad cars, he knew who to call.

“Performance Industrial was doing a project for a company I worked with in the past and everybody was pretty happy with the outcome there,” Tom stated.

The five cars needed to be restored to the original colors of the railroad that they came from. Performance used a sandblastingrecovery system that blasts and collects at the same time to remove old paint – eliminating the chance of contamination to the ground or the air. After the rust-inhibitive primer was applied, a special topcoat designed for high visibility areas was used.

Tom Delasco was pleased with the outcome.

“Performance did an outstanding job, especially overcoming all of the obstacles they had to deal with.”